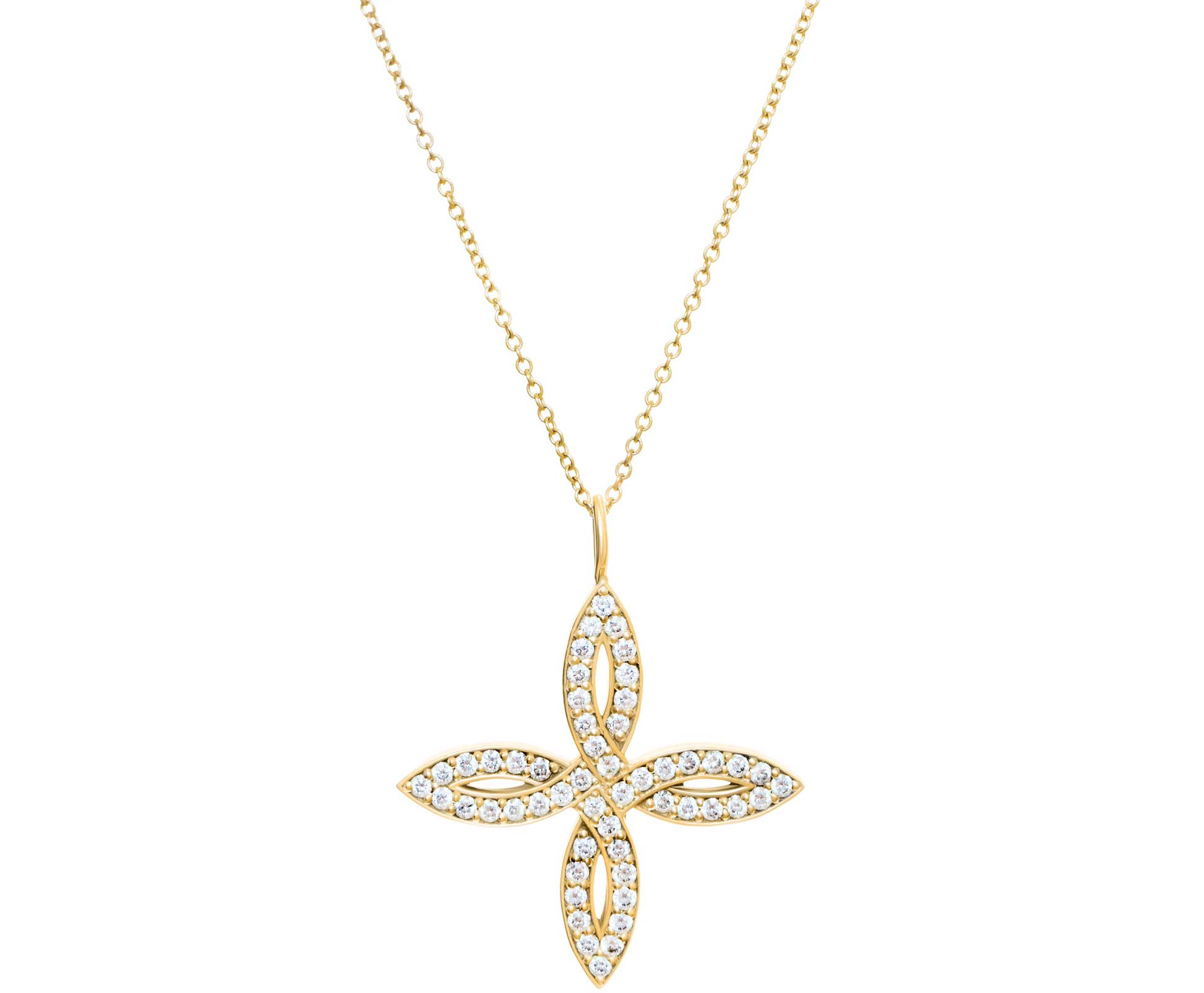 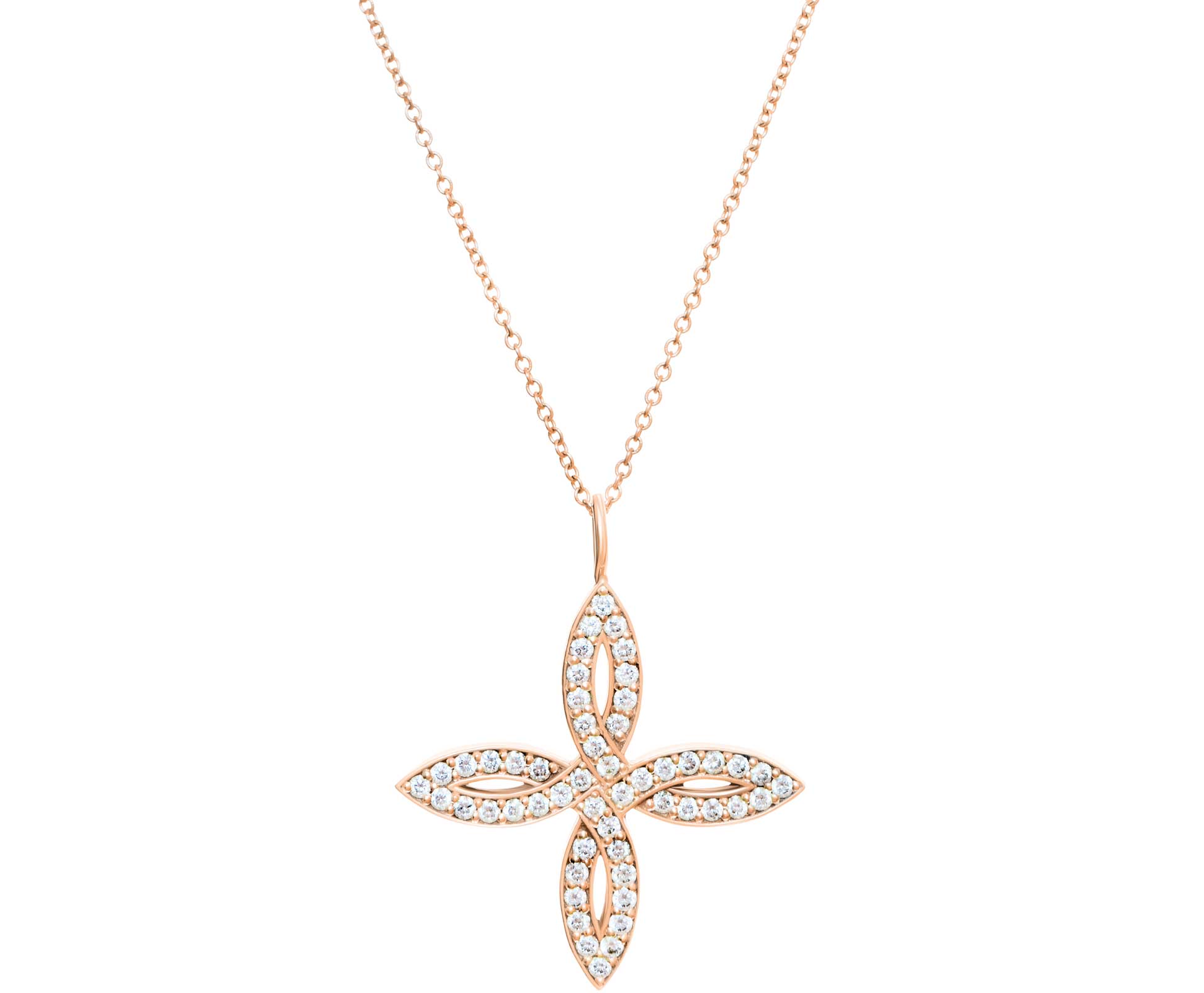 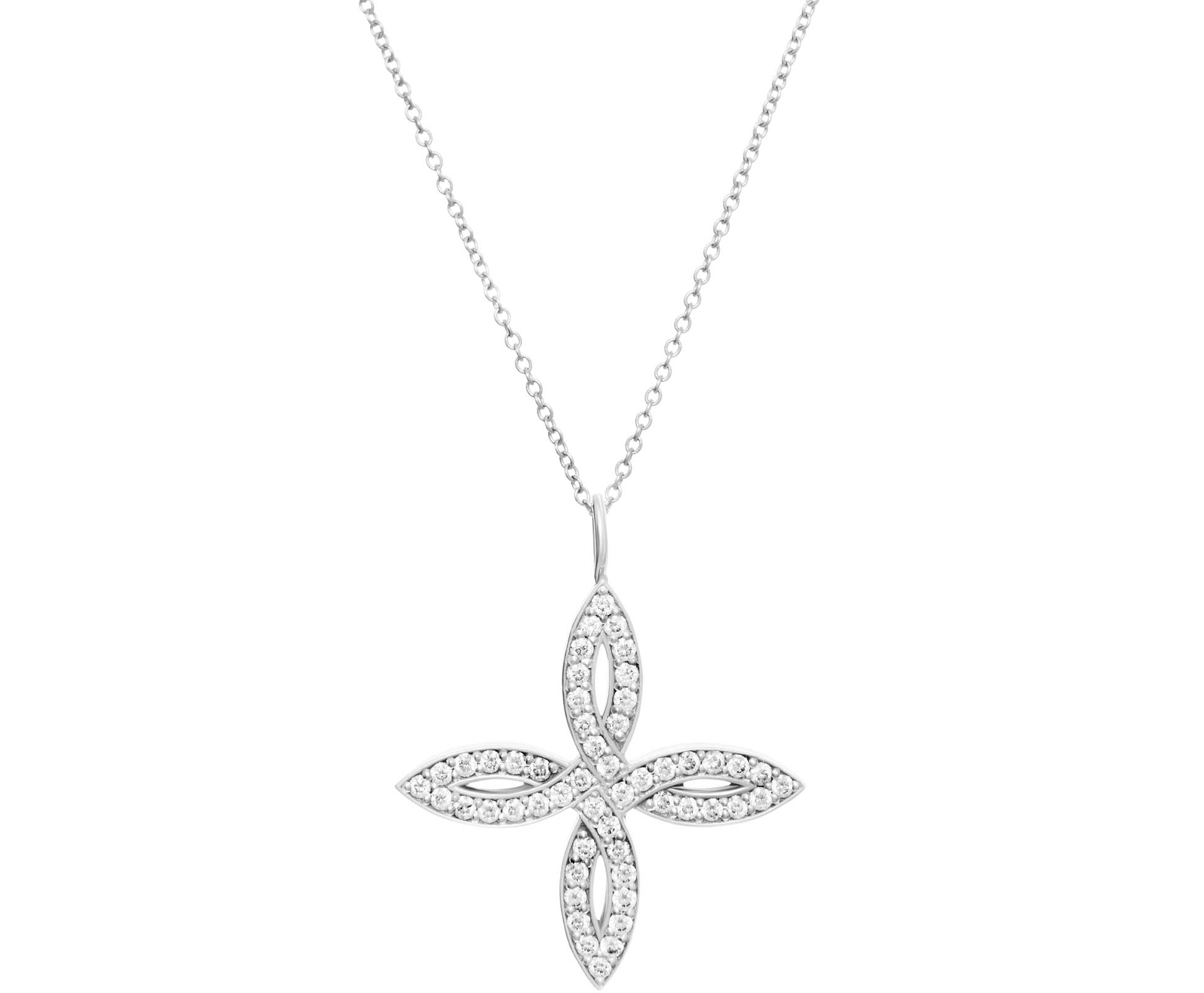 This graceful pendant, inspired by the intricate knots of Celtic art, serves as a daily reminder to have faith — and some even say it’ll bring you good luck. Both delicate and strong, it looks amazing with everything from biker jackets to blazers and tees. Like all our pieces, it’s handmade with love in California and crafted out of 100% ethical and eco-friendly materials. 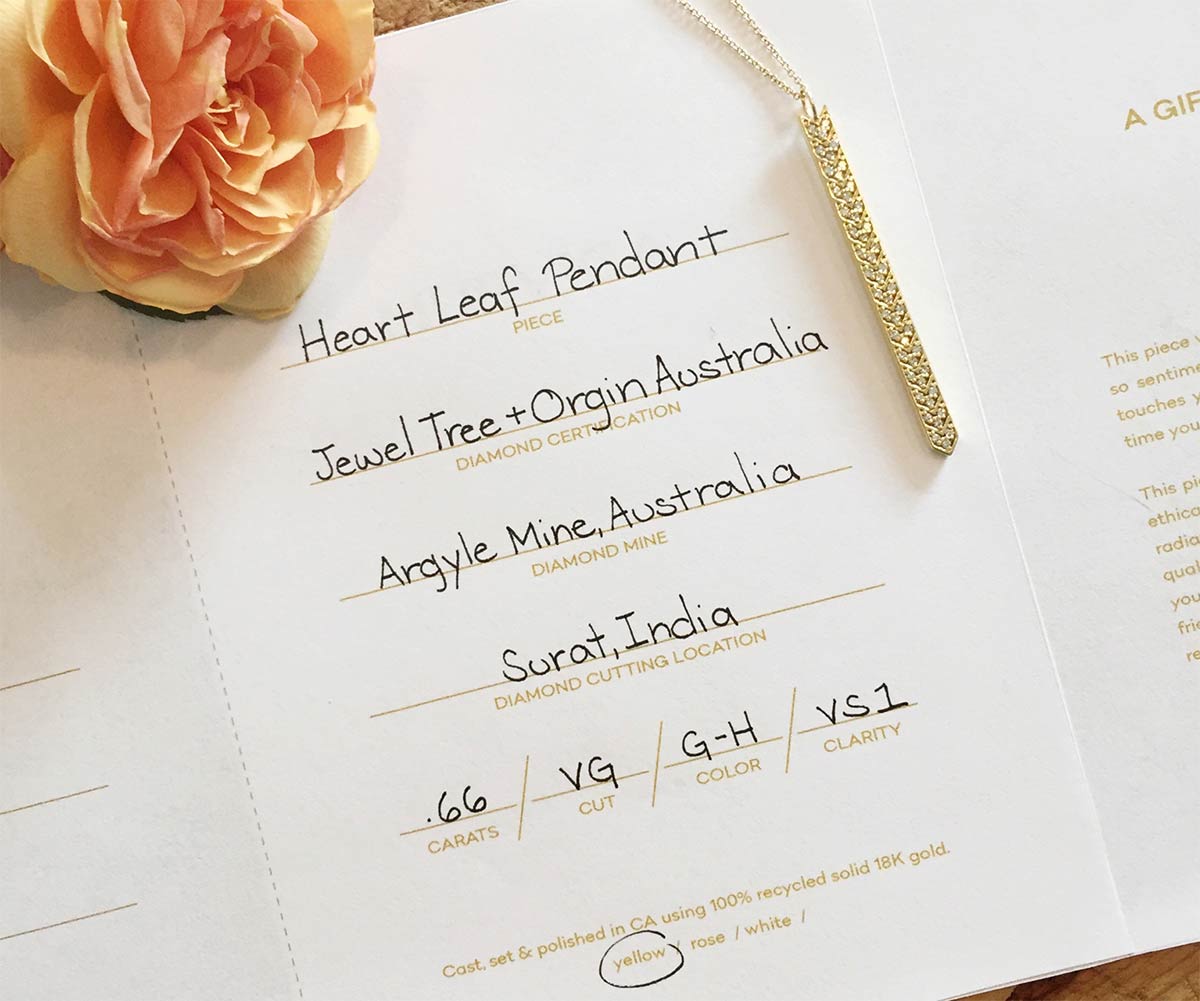 You’ll wear it forever and always.

Made for all occasions, this pendant looks truly stunning with every item in your closet. You’ll find yourself rockin’ it with yoga pants, party dresses and everything in between. With an adjustable chain offering three lengths to choose from — 18”, 20” and 22” — it pairs perfectly with every neckline and necklace you own. In fact, it’s so exquisitely versatile the only thing you’ll wear more is your birthday suit.

Designed to stand the test of time, this pendant is lovingly handcrafted using the hardest diamonds in the world — see below — wrapped in generous proportions of solid 18k gold to ensure maximum strength and lasting beauty. The craftsmanship is so spectacular, when you hold it in your hand, you can feel the quality. One jeweler even remarked, “They just don’t make them like this anymore.” 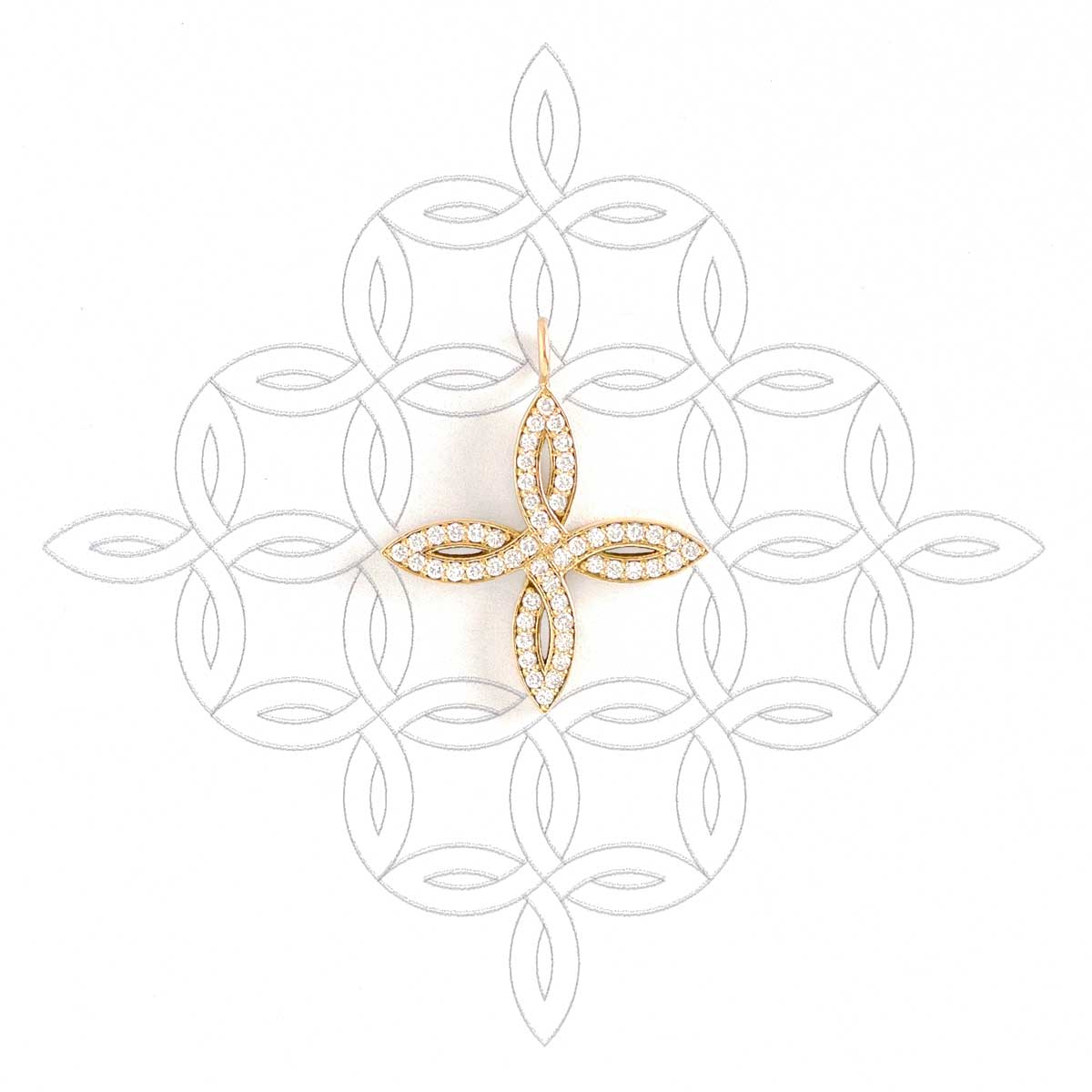 The quaternity knot is a common element found within Celtic art. First drawn during the Middle Ages, Celtic knots have endured for nearly 1600 years. Over time, the individual meanings of each knot have been lost, but it’s believed the interlaced patterns, which appear to have no beginning or end, were a symbol of eternity, as well as, a talisman against evil. The bad spirits were believed to get lost within the maze of the knot never able to “solve” it. The more complex the knot, the more powerful the protection. Therefore, those who wore knots were thought to have good luck.

The cross — a symbol of faith — was also seen as a talisman against evil. When you combined a cross with knots it was considered the ultimate amulet. With its four points and endless path, the quaternity can easily be seen as a knotted cross — the most powerful symbol of eternal faith and protection.

But perhaps there’s an even deeper truth hidden within the four petals of the quaternity: When you have faith, the world blossoms with goodness and luck.

Some say it. We meant it.

For a diamond to be sold as “ethical,” it only needs to be “conflict-free,” meaning it wasn’t used to finance wars against legitimate governments. All other human rights violations — torture, rape, murder, slavery, child labor — as well as, a number of environmental travesties can still occur.

That’s why we spent the better part of a year searching far and wide for the most ethical diamonds on earth. Our quest led us Down Under to a remarkable mine containing the hardest diamonds in the world. Unlike standard diamonds, these exceptionally strong beauties must be polished in a special facility. As a result, every step of their journey to you — where they’re mined, cut, polished and set — can be documented and verified by the International JewelTree Foundation to ensure no human life or ecological environment was hurt in their procurement.

These diamonds are so rare less than .01% of all diamonds in the world possess such extraordinary ethical excellence. But hurry. They’re only available until 2020.

Every piece arrives gift wrapped in our signature eco and ethically conscious packaging. Gift messages can be added during checkout or you can use the gift card provided to write your own.

Given each piece is custom made, we only offer returns on items that arrive damaged. For more details, see our Return Policy.

We want to hear from you. Whether you have a question, special request or just want to gab, give us a ring. Your calls are the highlight of our day.

Prefer email? Write us at WeCare@Murvica.com.
We'll respond within 24 hours on weekdays. 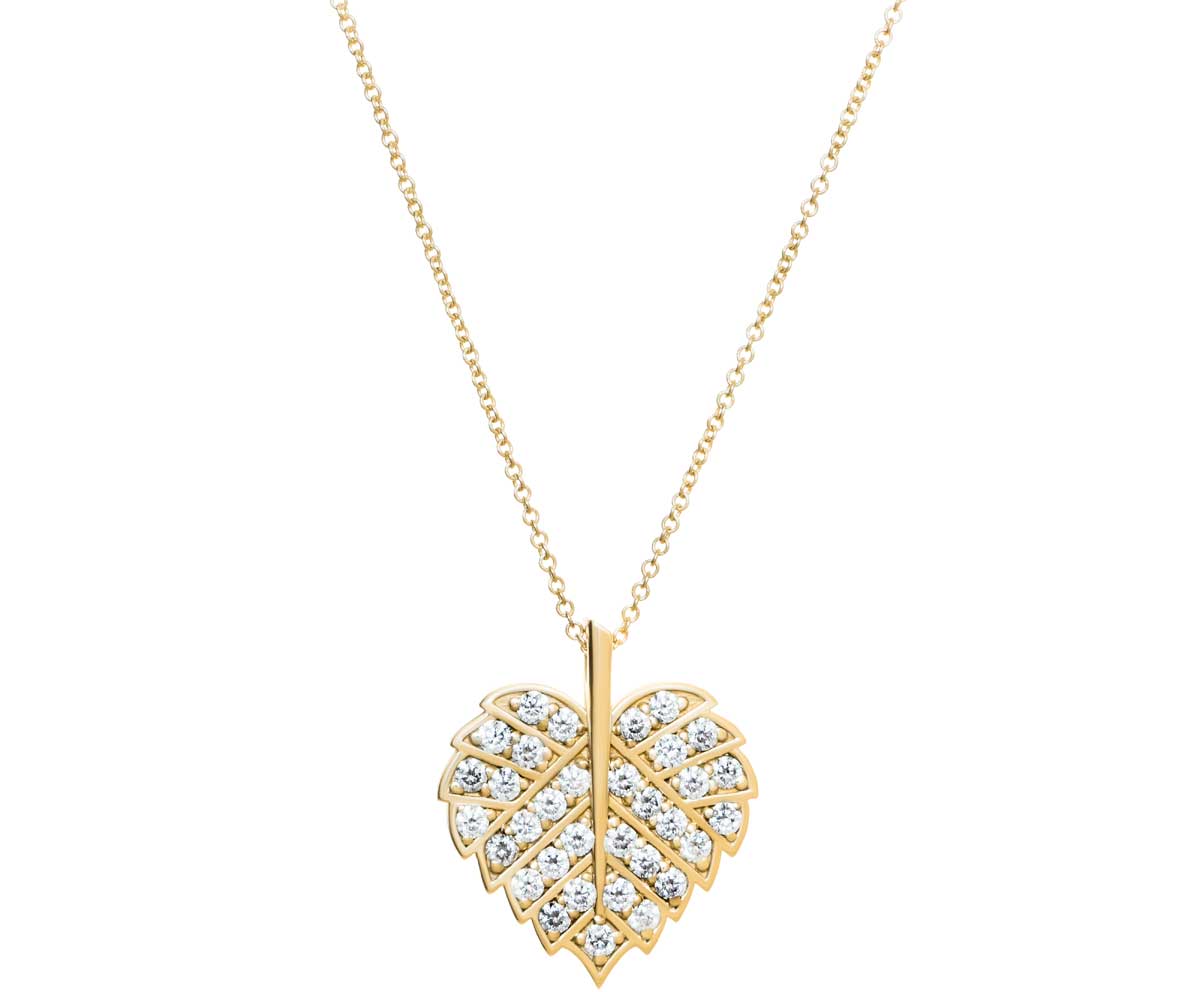 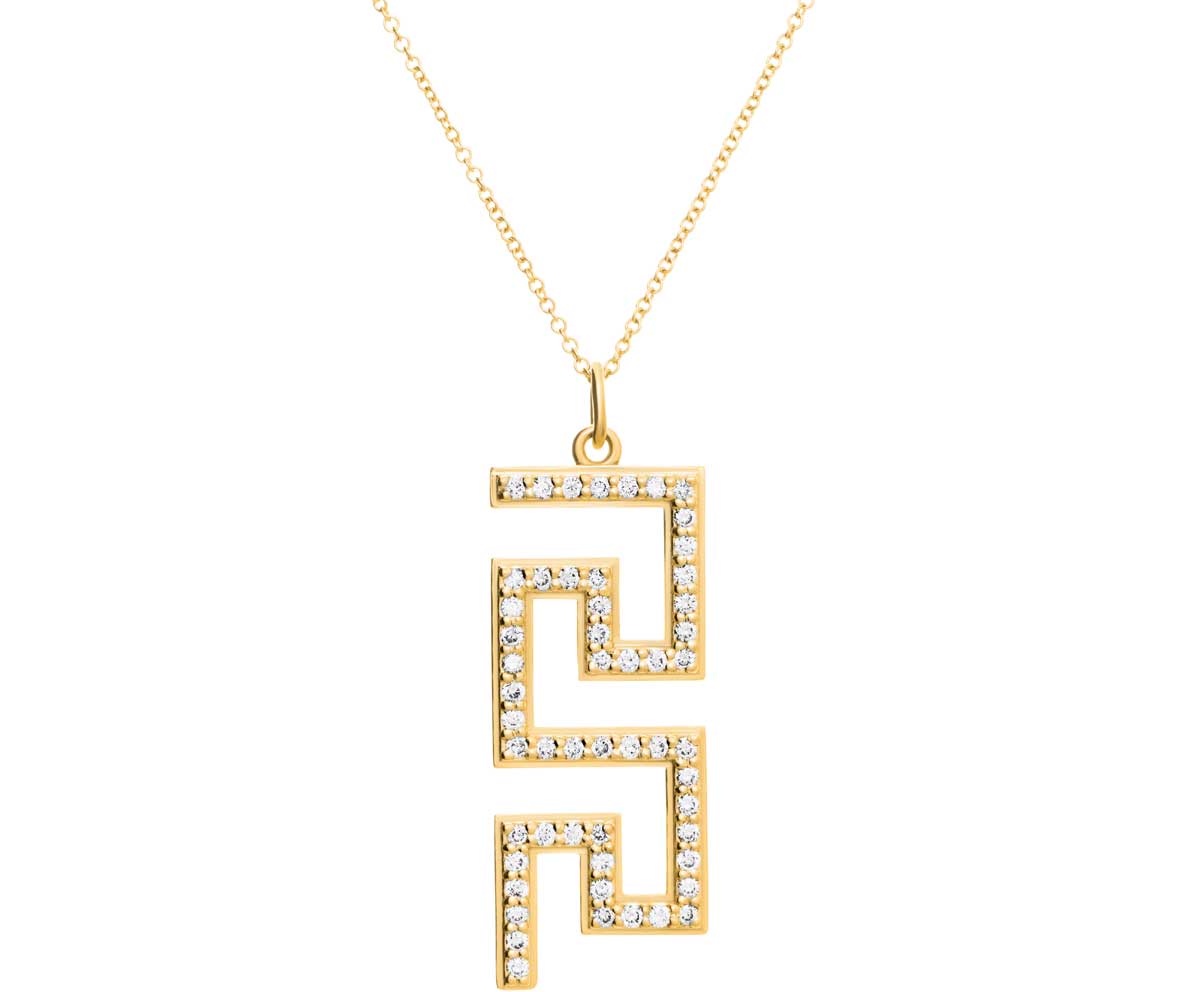 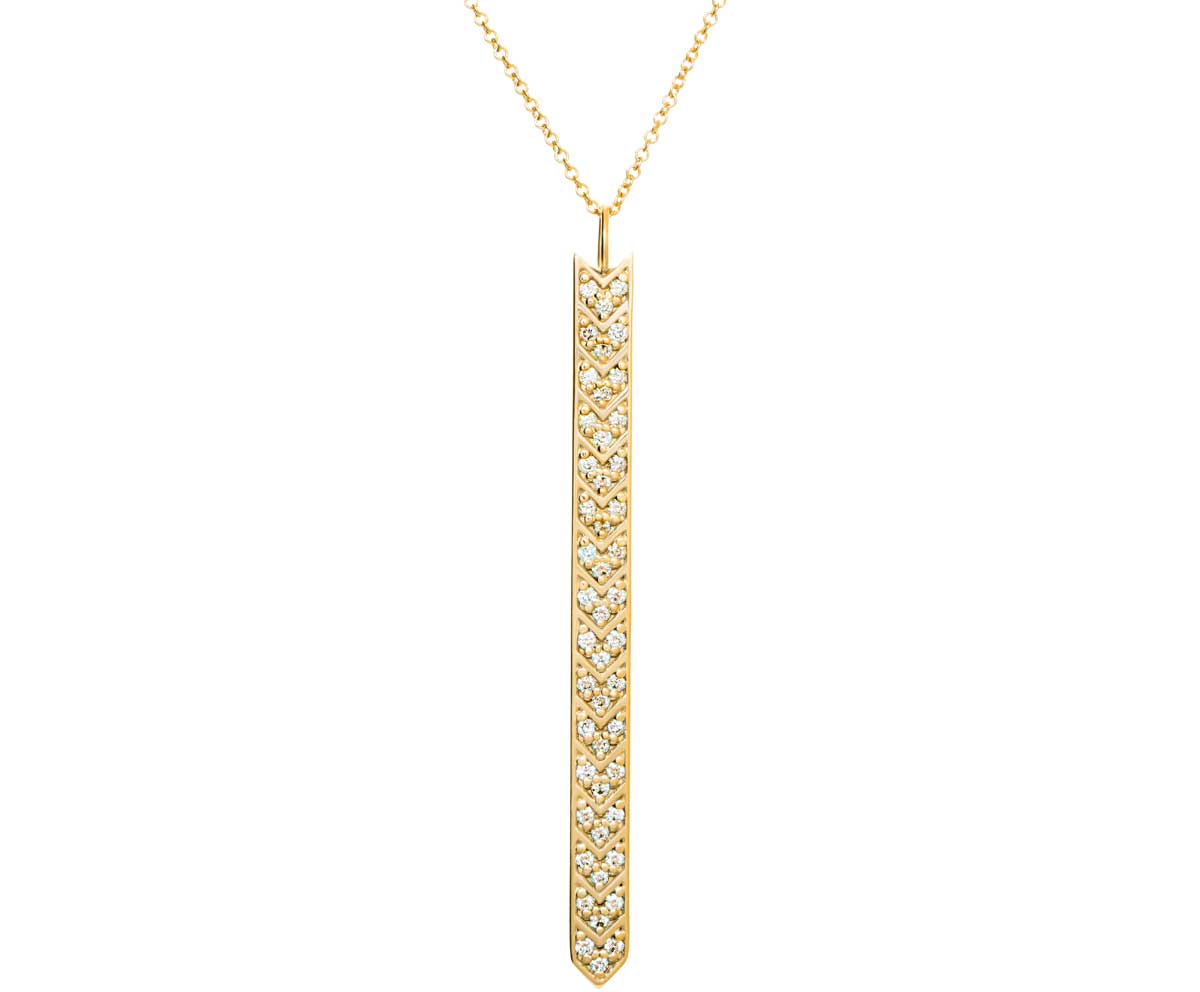 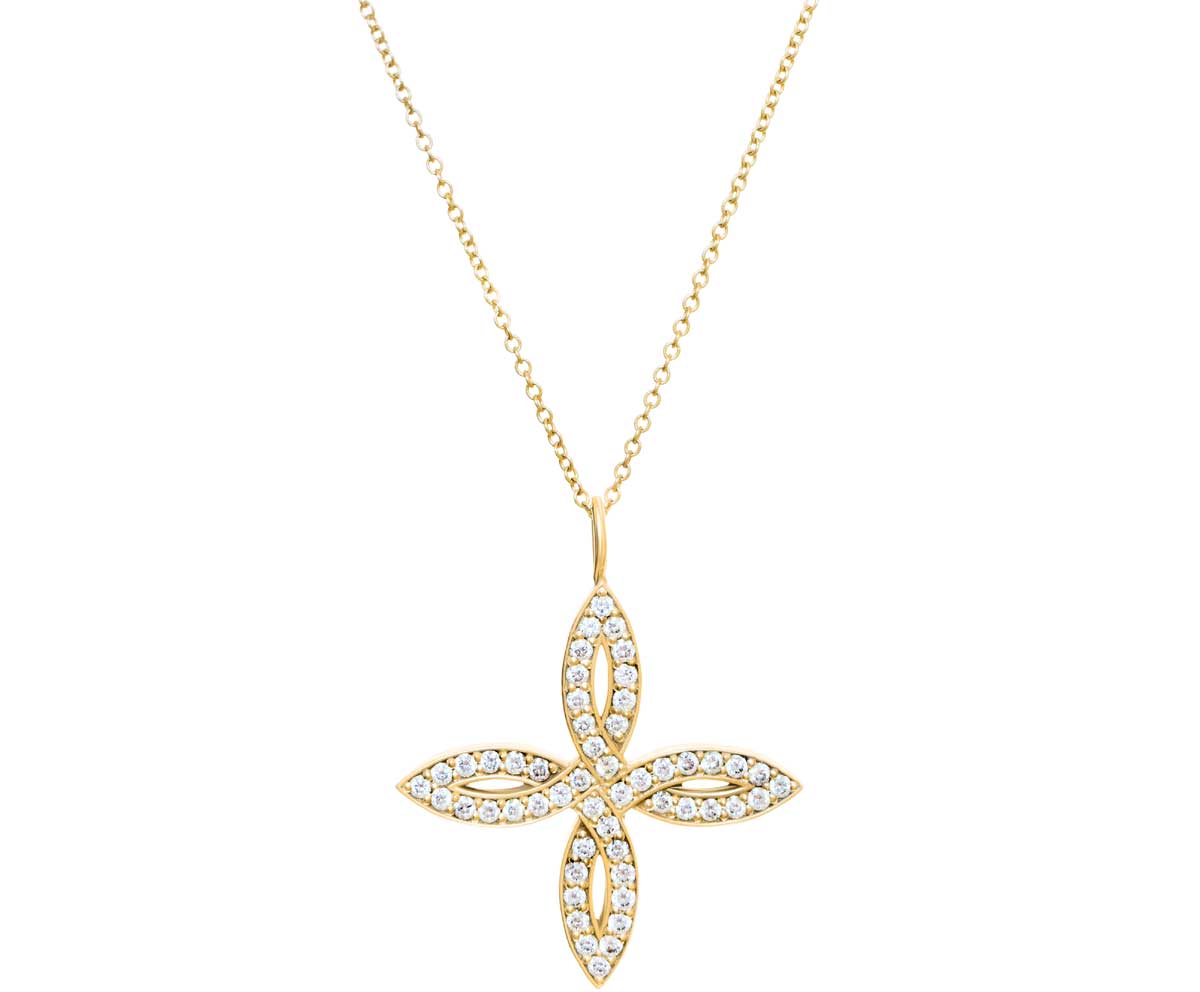 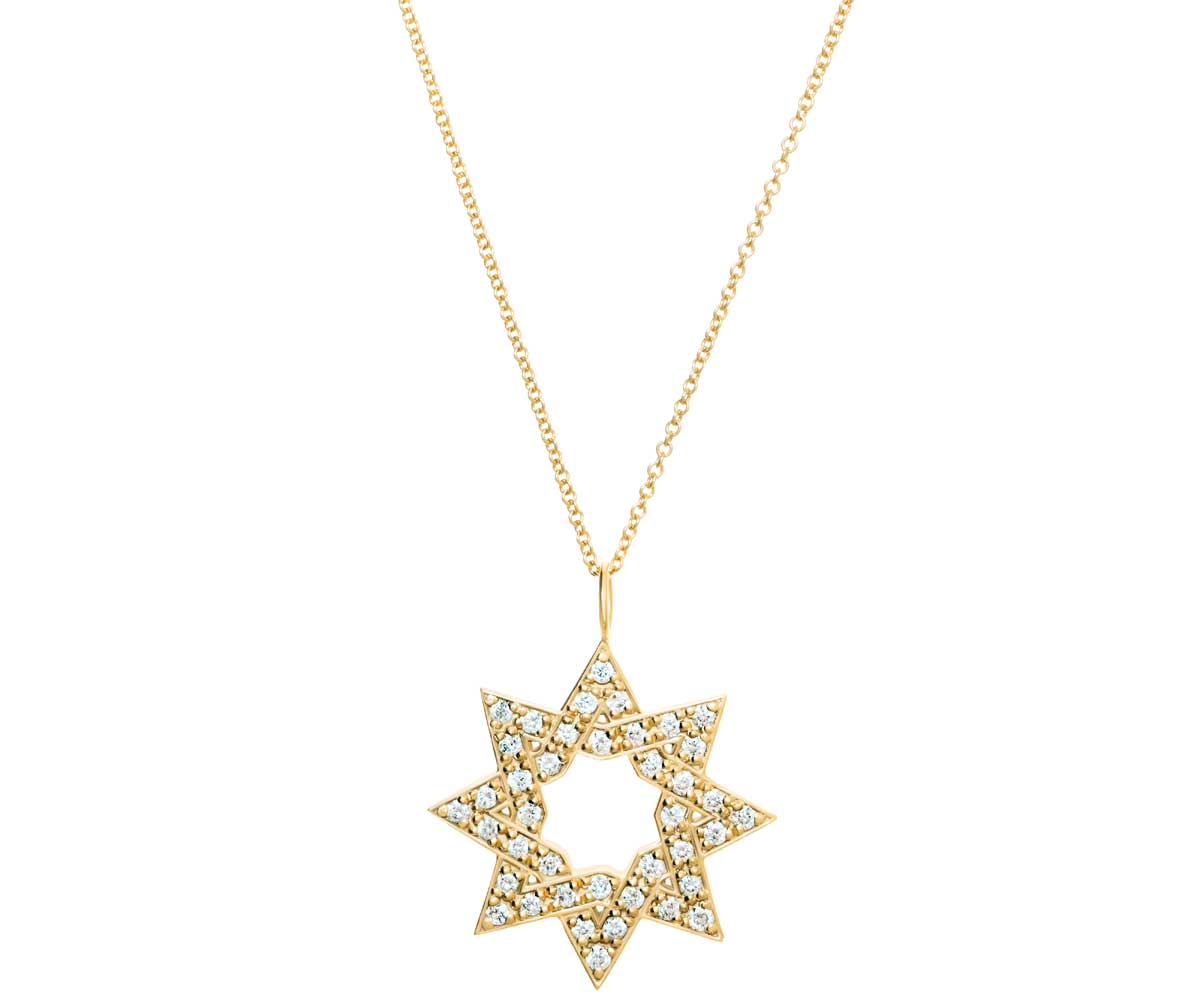 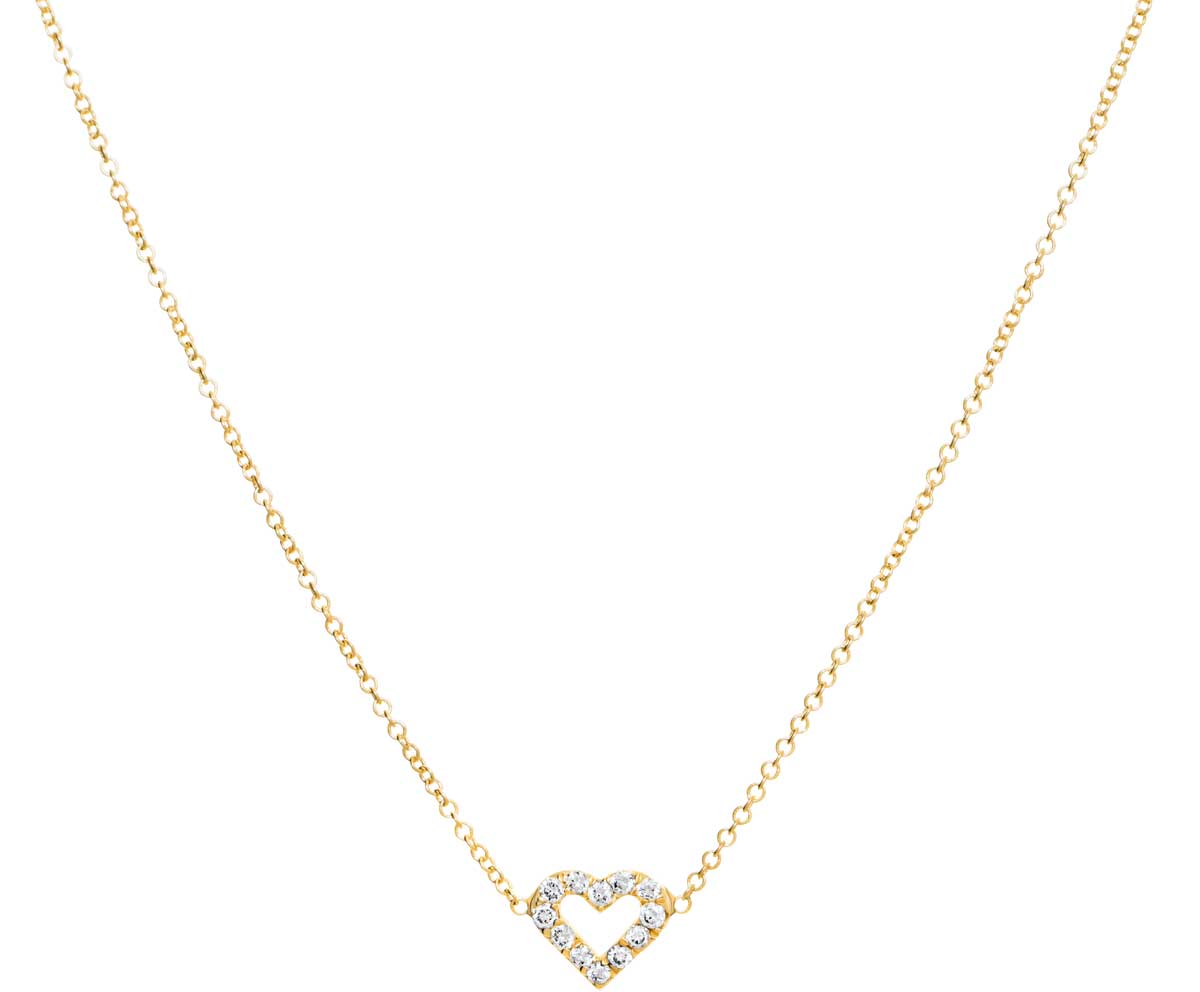 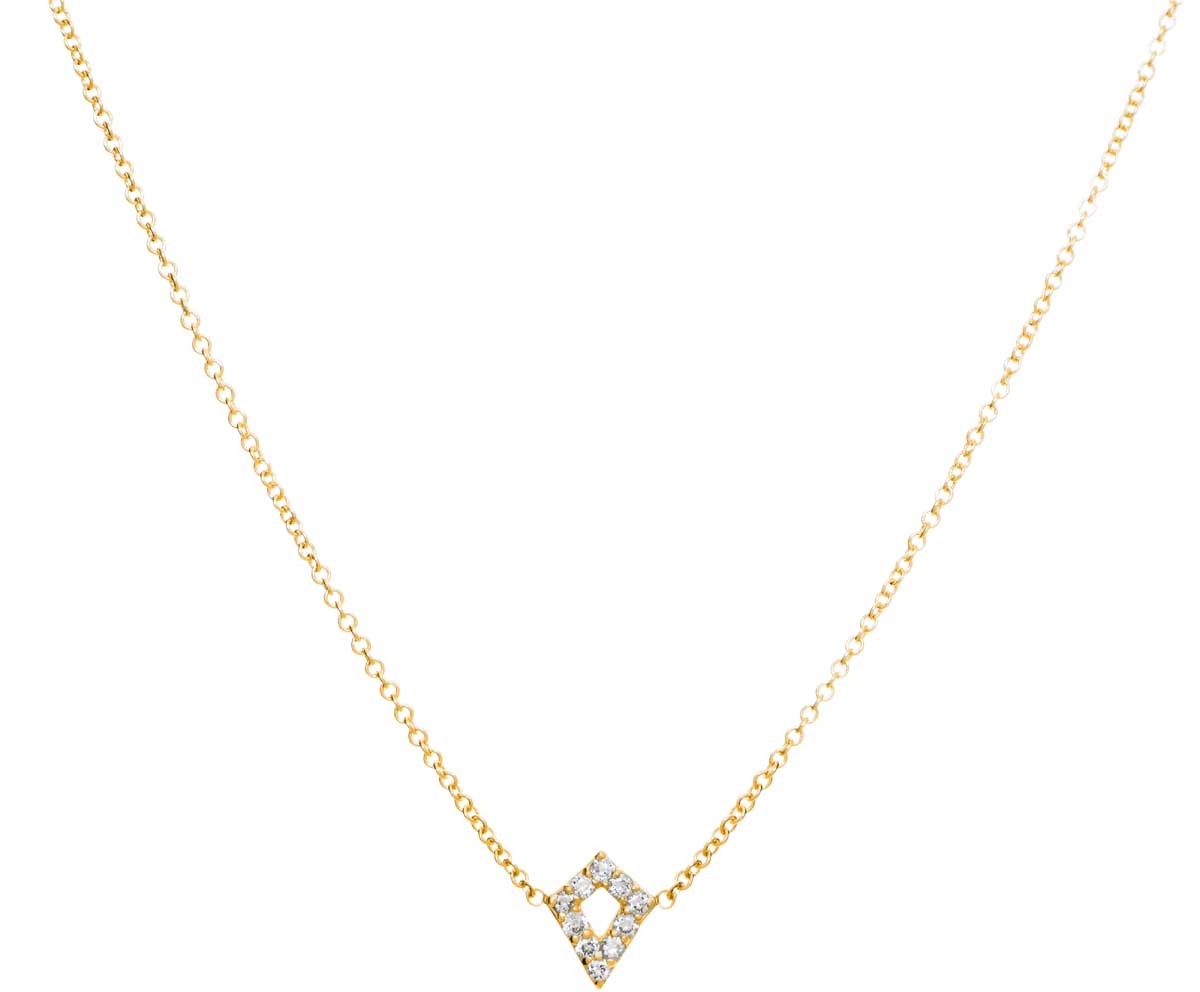 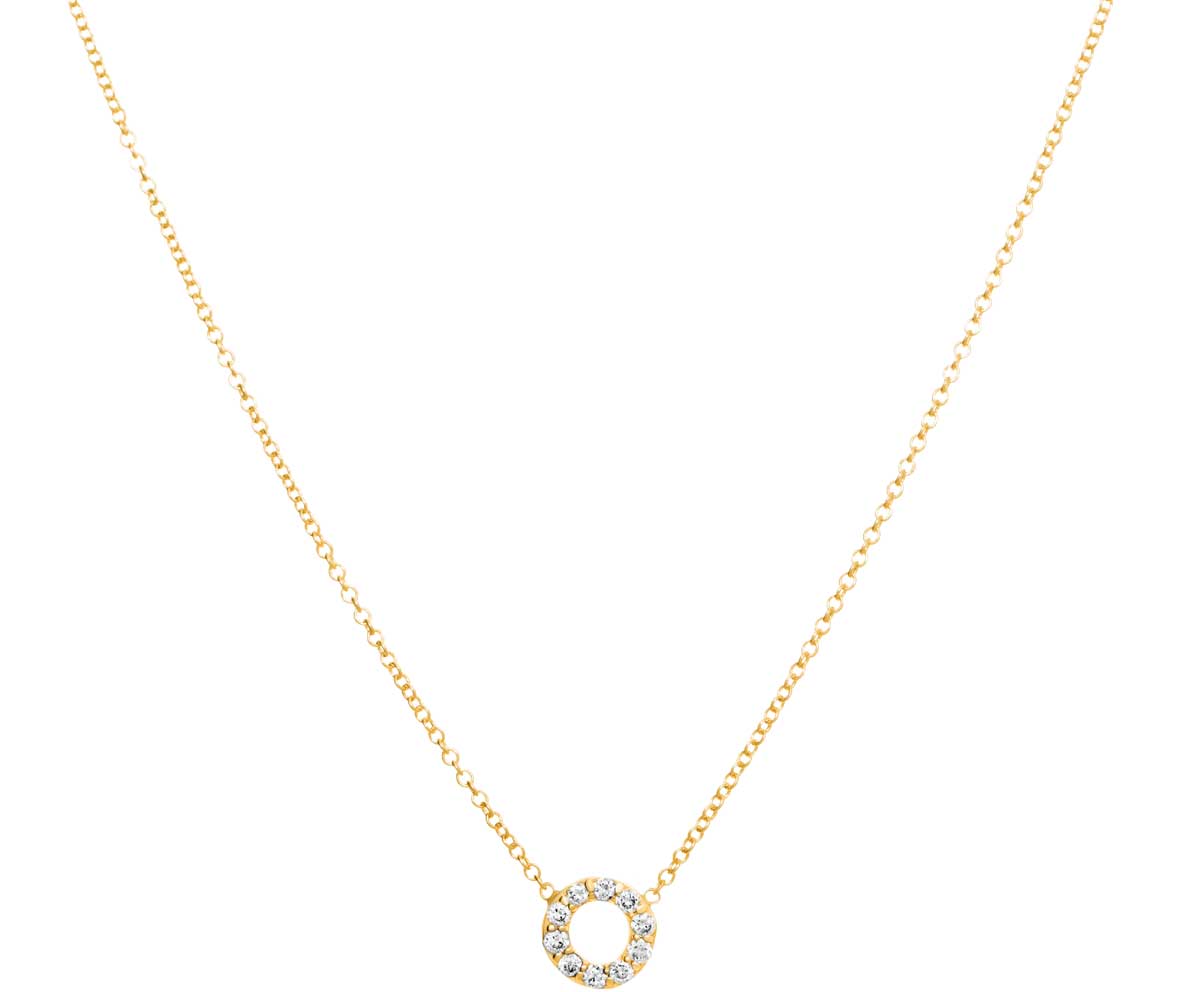 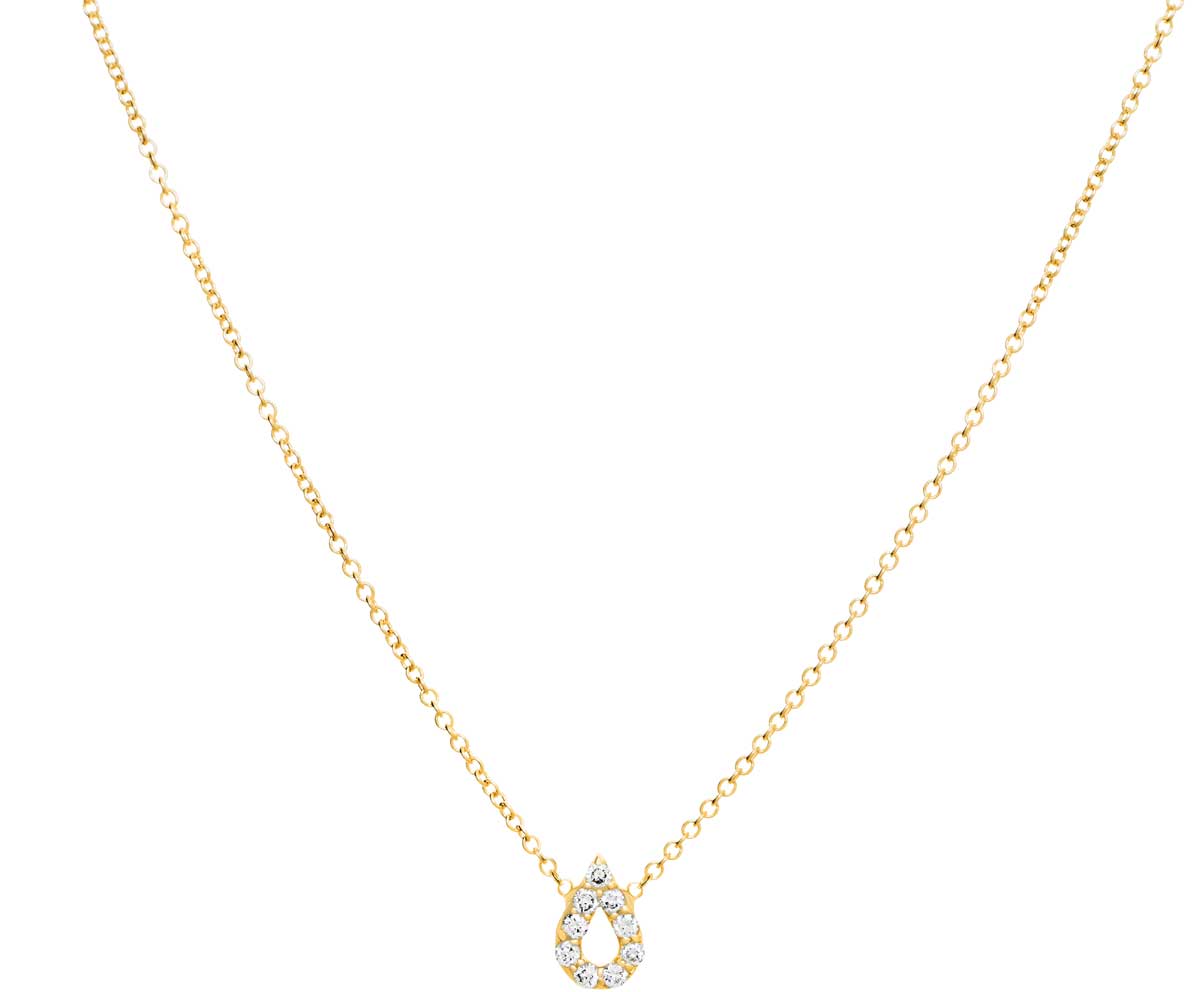 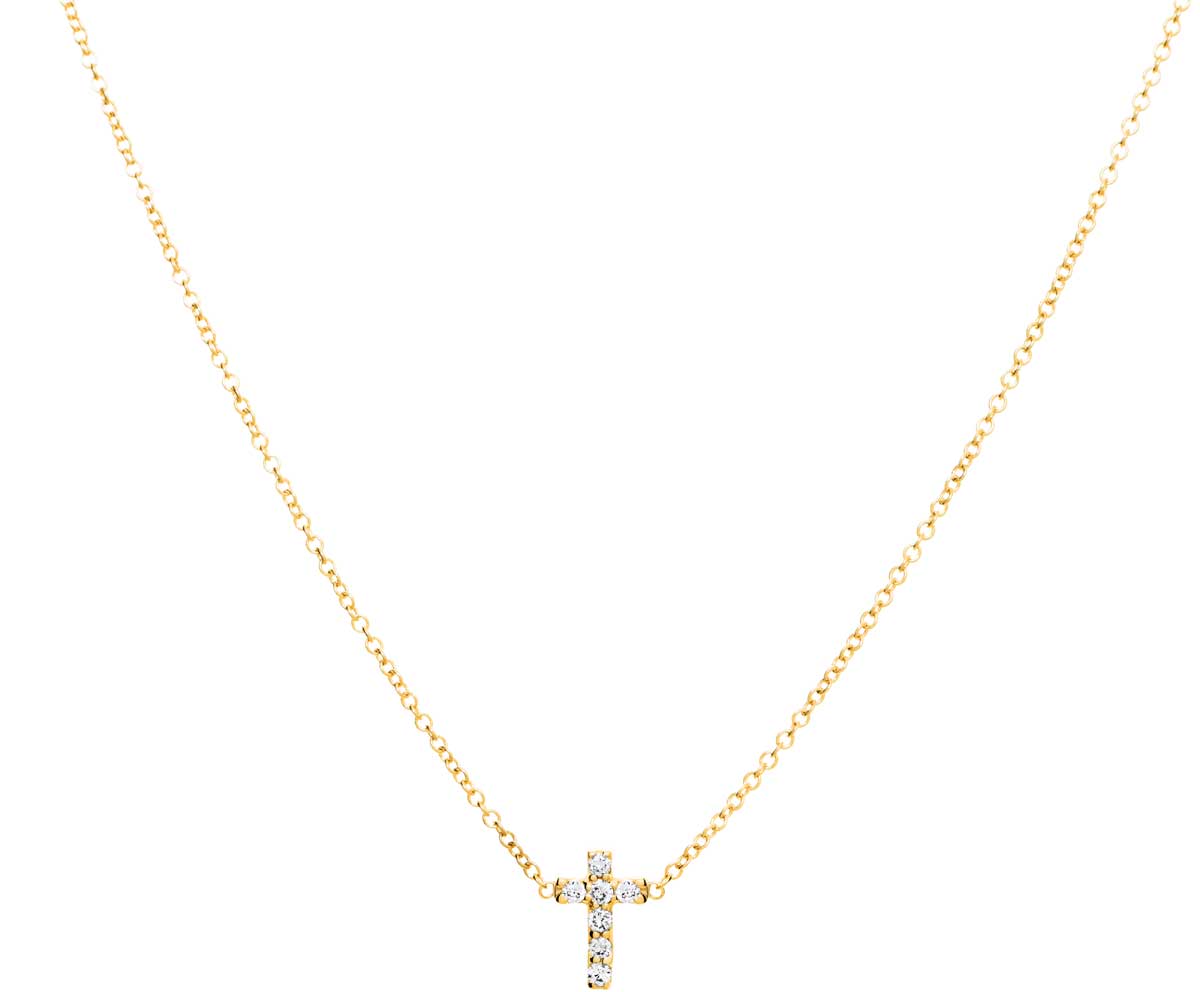